For someone wishing to explore this matter further, we need to be specific here regarding the different possibilities and positions. Not everything is just on a honorary basis, this is very important for someone to understand. Therefore, we would like to be specific again regarding the different positions and appointments before we go more deep in this matter.

Here are the different Honorary Diplomatic Appointees
appointments and their descriptions:

This is not a honorary title, this is an official full diplomatic appointment with a 5 years diplomatic passport from the sending state. This is one of the most popular Honorary Diplomatic Appointees. 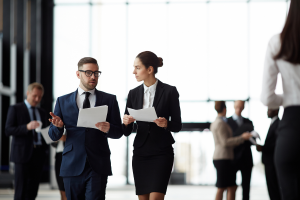 As someone is not a permanent resident Ambassador to a specific country, the Vienna Convention on Diplomatic Relations (of 1961) only has two Articles which cover this subject: They are Article 27 and Article 40.

For 27, someone has to be issued in addition a letter by any mission or consulate or the ministry that they appoint someone as diplomatic courier. This gives special additional protection when someone travels.

For 40, this means that someone is always protected as diplomat when he travels through a third country.

So to summarize, the Ambassador at Large position is not a honorary position, it is a full diplomatic appointment, which, however, don’t need any accreditation of the receiving state, as an Ambassador at Large is not appointed in any specific country.

The full title and Appointment is printed also inside the diplomatic passport, and in addition, a letter of appointment from the Foreign Ministry of the sending state.

This is the same as mentioned above, however with a more general appointment and not as Ambassador at Large. Someone is just special envoy. This comes from a state with a 10 year diplomatic passport and visa free travel for a specified period (usually 180 days) in specific areas. Someone is appointed as full registered diplomat of the sending state and he receives a letter of appointment as special envoy signed by the Foreign Minister. This is also not a honorary position, it is a full diplomatic appointment.

In this case, someone receives all those mentioned in the Special Envoy section (#2) above, plus a certificate as diplomatic courier which will gives special addition protection when someone travels as a diplomatic courier. Someone can be also appointed ad hoc, without even having a diplomatic passport so with this position he has double protection. Keep reading to learn more about Honorary Diplomatic Appointees.

In some rare cases, someone could arrange to receive a full career Consulate NOT A HONORARY CONSULATE. This will be a Consulate with full diplomatic immunity. However, this has to be through a third country. The Vienna Convention stipulates that a Consul or Ambassador or any other diplomatic staff should always come from the sending state, in other words, he should be citizen of the sending state. However, some countries are taking this not too seriously, and allow third world countries or smaller nations also to appoint third part citizens for the duty. This means when someone is appointed as Consul from Burundi to Dubai and he is a Greek citizen the Foreign ministry of the UAE will accept him for establishing a consulate in Dubai. This only works in some countries. It never will work in Europe as there they will not accept third parties citizens. The main advantage with this appointment is the full diplomatic immunity what some people like to achieve.

Let our expertise guide you through the diplomatic appointment process.